I think it’s fair to say we all love a party, right?

Well, maybe not all of us. I mean, I’m sure there are some of us who find the idea of crowds, and noise, and fuss, and everything else that goes with such super-sociable events a little too much. On the main though, on balance, I think, as long as there’s a kitchen to slink off to, most people can at least put on a plastic smile and bear up under the strain of a party every now and then. I know I can.

Saying that, it does depend, just a little, on the reason the party is being thrown.

For those who have yet to see through my thinly veiled allusion, the party I’m focussed on at the moment is the platinum jubilee of our very own Queen Elizabeth II which is being celebrated over the next four days.

Bank On It
This prolonged period of pomp will include two Bank Holidays (The traditional Spring Bank Holiday, moved from Monday May 30th to Thursday June 2nd, and a bonus one on Friday June 3rd), parades, including The Trooping of the Colour, an RAF flypast, the lighting of a specially commissioned beacon which will be echoed by the lighting of more than 3000 other beacons across the country, a thanksgiving service at St Pauls, a Guildhall reception, the BBC’s Platinum Party at the Palace, a 3km carnival procession, and finally (I think) a concert of ‘national treasures’... like Ed Sheeran.

Now, I’m not all that much of a royalist. I have a longstanding deal with the Windsors. If they leave me alone, then I’m more than happy to leave them alone. As long as that deal stands, and as long as they continue to draw more money into the country than they cost it, then I say let them get on with it (Not you, Andrew).

Interesting Times
So, yeah, with those two provisos in place, let us by all means have a party. Let us celebrate 70 years of The Queen’s reign. A reign that has seen Prime Ministers from Winston Churchill (the second time around) right through to the pound shop knock off currently playing at the role. A reign that has seen so very many changes, so much war, so much strife, so much familial drama, and genuine moments of both triumph and despair. Yes, let us mark the occasion, but while we are doing so, let’s also cast an eye to the state of the country she reigns over.
We live, as the apocryphal Chinese curse states, in interesting times. The spectres of poverty, lingering disease, and burgeoning war haunt these lands. Given that so many are struggling to get by at the moment, with more and more threatened with the same fate, is a massive, star sprinkled four day orgy of pomp and excess really the best way to go?

I’m not calling for the jubilee to be cancelled, far from it, but I think perhaps just a little restraint might be in order, perhaps with a mention in one of her or her family’s speeches and a token, given out to those most in need, something along the line of Maundy Money, but with more of a nod to people’s situations. That might be a nice touch (From the country’s richest woman and greatest land owner).

Us And Them
So, yeah, let’s enjoy our four day weekend. Let’s raise a glass, and wave a flag while we listen to Ed and co. Let’s enjoy the temporary relief from our day to day woes and live in the moment, perhaps sample a Vol-au-vent or two, or get really fancy and cut the crusts from our cucumber sarnies. But while we dine and sup, let’s also remember those less fortunate - those without. As we’re overcome with opulence, gold crowns, and carriages, let’s spare a thought for them. 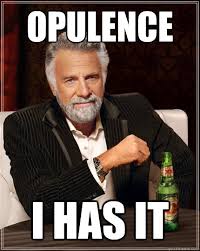 Now, where did I put those Union Jack boxers?

Hey, folks! If you would care to take a look at some of my more creative writing, then the links below will transport you to the magical worlds of two anthologies my short (and in two cases, very short) stories have been included in. Feel free to check ’em out!