I could probably have put that simpler.

It can seem like something of a truism, however. Especially the waiting bit. Especially in these times of lockdown. Of course there’s a whisper we’re emerging from those times, and whether or not you believe that, some semblance of normality seems to be trying to re-assert itself.

Read more »
Posted by life from a seated perspective at 10:30 No comments:

Well, it looks like we are finally emerging, perhaps properly, from the short, dark, and chilly days of winter and moving forward with this year.

As I write, I’m sat by the window, looking out at bright blue skies and trying to not get too distracted by the very social birds (I’m not sure what type. Restless little things, though). Yup, it’s a practically perfect picture, one that lifts the spirits, banishes the blues, and fills the heart with hope for the future.

But of course, a note of caution needs to be heard among the bird-song.
Hope Springs Eternal
I am, of course, referring to everyone’s (least) favourite topic. The only topic in town. The one you can be absolutely sure will feature in just about every single news broadcast, every other conversation, and even the odd hour of investigative journalism. Yup, it's pandemic time... Again. 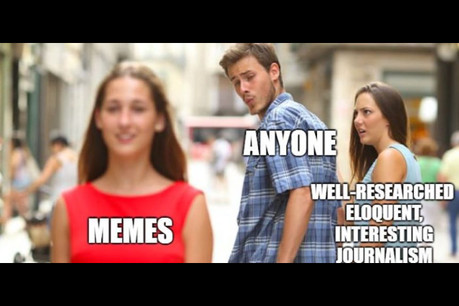 I don’t mean that literally. I don’t mean that today has been scheduled for another spike in Covid cases. No, in fact, if anything, I intend this particular post to be a seasonal ray of sunshine in these dark times. I want to focus on the positive, as I’m wont to do. I want to lean into the hopes of growth and brightness and renewal that spring brings with it
My word, do I want to.

As much as I’d like to think of myself as a positive person, however, I cannot help but feel a small spike of concern when I see the pictures of crowded streets with people mingling face to face and group to group in the streets of London and Newcastle and Manchester and Leeds.

Ins And Outs
Now, this is where some might think of me as some kind of negative-nelly naysayer. A man who wants nothing more than to stamp on the toys of people who have endured a hellish year of isolation. Where fun and friends seem to have been outlawed, and while I can see where such people would be coming from, I’m not. Really, I’m not.

To be fair, I’m not the most social of butterflies. More like a curmudgeonly wasp, or an antisocial hornet. Lockdown, although trying at times. has not been the ordeal for me it has for some. I can empathise though, with those who are desperate for a proper pint in a proper pub. I have neither the right nor the inclination to judge those people, and I won’t.

All I will say is that once more, the unlocking has taken place at a pace and a scale which I feel could have been better handled, whether this be centrally, by our alleged government, or whether the powers that be once again abdicate that decision to the pubs themselves.

More guidance could have been given. The numbers could, potentially, have been managed better. We could have started the unlocking with a gentler, steadier acceleration, rather than just releasing the handbrake and leaving it up to the people to behave.

Into Each Generation
Once again, I can hear the objections even as I write. How would such management look? Who would police it, and how? These are all valid questions, and I’m not going to pretend I have the answers. It’s why I’m neither a publican nor a politician.

All I do know is that although progress has been made in regard to vaccination (next Wednesday for my second dose, thanks for asking), we are not out of the woods yet. We are battling a living organism, a virus that will adapt and change in order to procreate and survive. There are new mutations cropping up all over the world, including a variant in Brazil which seems to have more success spreading throughout the youth. It’s something we need to be wary of. Something we need to keep a careful eye on. We may be winning the battles, but we have not yet won the war. 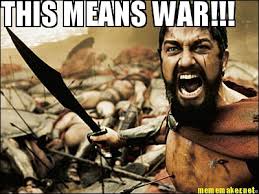 Back To Normal
So, yes. To return to the somewhat more cheery opening of this post, spring is with us and it is a time of progress. A time of renewal, change, hope, and optimism. Let’s seize hold of that. Let’s move forward, back towards normality. Back towards friends and family, and beer and pubs, and parties and people. Let’s do all of that but let’s makes sure that the journey to do so is one of steady, maintainable progress. Let’s make sure that our progress is not accompanied by too many steps in the other direction.

If we can do that. If we can consolidate our gains, then this spring can be one where we all spring forward.


Posted by life from a seated perspective at 10:11 No comments:

Read more »
Posted by life from a seated perspective at 10:42 No comments: