An Experience To Remember

Experience: something one only gets immediately after the first time one needs it. At least, that’s what the infamous ‘they’ say. I think ‘they’ may have a point.

I mean, it would be great if someone or something piped all the knowledge and skill needed for whatever race a person might be setting out on into that person’s brain at the start line, but that’s unrealistic. It just doesn’t happen.

Instead, as we set out on our own races, we get to flail about in the dark, armed with the limited and often theoretical understanding of where we’re going and often only finding the way to the finish line thanks to a lot of help.

And, of course, that’s if we’re allowed to leave the start-line unhampered.
Getting The Point
I think this would be a good point to drop the athletic analogy. I’m not one of nature’s athletes, despite once winning silver in the javelin when I was in school, and that’s not really the point of this week’s offering. No, for ‘running’, it might be a good idea to substitute ‘writing’. 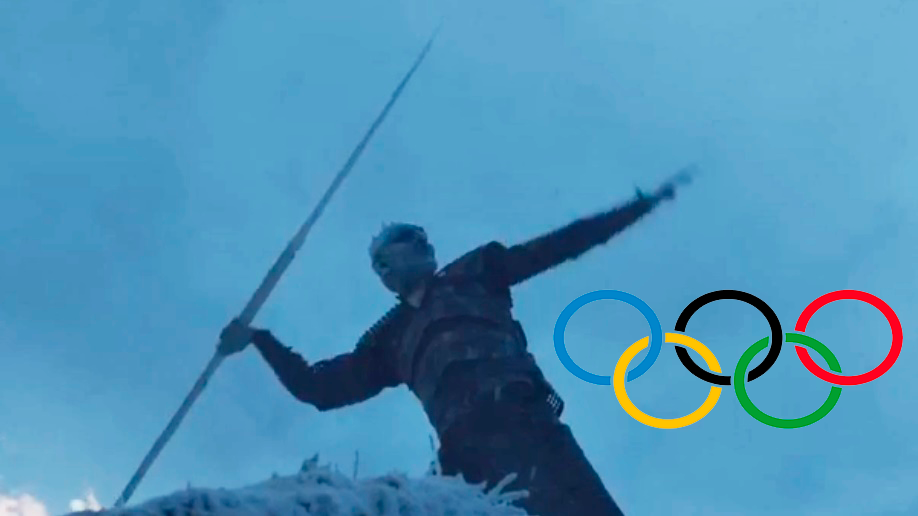 Anyone who has the stamina and questionable taste to follow this mostly weekly offering will know that your humble(ish) blogger is someone who enjoys putting (virtual) pen to paper, and you might have caught the fact that I have in fact wrote something which might, one day, be a book.

What no-one told me was that was only the start of things.

The End
It is after that final full-stop that the real work begins. Even after the round upon round of polishing, revising, rewriting, and popping in the odd, wrongly placed piece of punctuation here and there, there’s still selling the thing, and that, my dear readers, is proving difficult.

In order to do this, you see, one must contact publishers and publishing agents (they don't come a-knocking on your door) and convince them you and your story are both marketable commodities. They have to believe that in taking you on as a client, they will, at some point, make some money. I know, shocking, ain’t it?

Which is where the query letter comes in.

This is, essentially, a begging letter, setting out the merits of the book and the person or person who wrote it. Agents and publishers will want a brief outline of the subject matter, characters, and plot; along with a run-down of who you are and your relevant history; and this, of course, is where that all important experience comes in.

Ideally, at this point, the writer in question (let’s say me, in this case) would point to their degrees in English Literature. They would extol the virtues of the world renowned creative writing courses and groups they have a history with. Best of all, they might point to other works which have seen the light of fully published existence. Or at least, they would if they had any of that.

The Pickle Of Temptation
For myself, that particular section of my query letters was easy to write, using, as it does, precisely no words to sum up the complete lack of any of the aforementioned. It left the query letters short, to the point, and possibly not all that tempting.

So, that raises the question of how I go about getting all that experience before I have all that experience? Do I simply put the book on the back-burner and sign up for a degree with the local university or spend months on some on-line course that may or may not be in favour with the literary powers that be?

It was a pickle; one of those big ones which my wife, Tina, will sit and devour straight from the jar, and in the end, the solution was presented to me by a fellow writer I know through social media.

Small But Writey
There are, you see, a number of smaller publishers who primarily work through social media, and I currently have contact with three of them. As a smaller organisation, these publishers put together anthologies of shorter stories. This makes for easier reading, and, therefore, easier evaluation. It also means that they are willing to consider the work of writers lacking that all important ‘E’ word.

To date, I have had three submissions accepted for inclusion. Two of these were through Breaking Rules Publishing Europe, and one through Black Ink Fiction and two out of the three stories I wrote are now out there, sitting between the pages of proper published anthologies.

The first to hit print was a nautical ghost story for the Breaking Rules anthology Death Ship. This has been available now for some time in electronic formats, but has recently become available in both the U.K and U.S. in paperback too. The other was a very short story, known as a Drabble (10 words, no more, no less. An interesting exercise in brevity) in Black Ink’s Reaperman anthology. And both are available to actually buy, too. The Weakish Link
Because I’m a shameless huckster, I will include links for both below my sign off, (although it’s only Death Ship I get a slice of the pie with, so buy that one), but the point is that in my next begging, um, I mean query letter, I will have something to add when it comes to experience. I’ll be able to say I’m actually a published author, albeit only (only?) of short stories.

It might be enough. It might get a manuscript request or at least a partial (that’s the first X amount of chapters), it might not. At the very least, however, it will add interest, show ability, and point to that all important experience. After that it’s all down to whether 1930s vampire detectives will sell in this day and age, or at least spark enough interest in an agent, for them to see why mine’s a bit different.
Until next week.

Reaperman
Amazon (U.K.)
Amazon (U.S.
Posted by life from a seated perspective at 10:05