This one is going to get political.

Yeah, I know. I’m guessing that statement alone was enough to get some of you to do the blog equivalent of changing the channel, turning off the telly, plug your ears and leave the house, locking the door behind you.

And I can understand, truly I can, but this? Well, this is important, for the local elections are upon us.

The Count That Counts
Now, while it is true to say that the impact of local elections is not as far-reaching or as impactful as a general election, but this election cycle in particular still feels like it could be the start of something that could cause a major change in this embattled nation.

It is the first chance since 2019 that the country will, en masse, have the opportunity to have a say and make heard their opinion on the way the country is run. It is a chance to voice dissatisfaction. A chance to express anger and frustration at the sleaze, corruption, waste, and cronyism which seems so prevalent. A chance to speak truth to power and say ‘enough is enough’.

It may seem like an empty protest. A futile gesture that will be brushed off, ignored, or downright denied while a thousand dead cats are launched to distract and divert our attention. It might seem pointless; as if one vote, made in an election that will only directly impact local councillors, is an empty gesture, but sometimes a gesture is the most powerful thing in the world.

Remember June of 1989 and the image of one man laying down in front of a column of advancing tanks is Tiananmen Square? Well, that was just such a gesture, and one that was unlikely to change anything, in the short term, but it still remains as one of the most abiding, instantly recognisable images of peaceful protest to this day.

The Confidence Trick
Am I saying we all need to lie down in front of advancing armies? No. What I am saying is that the freedom to protest, and the democratic right to have our voices heard, is a hard-fought right. A right which, given the Police, Crime, sentencing, and courts bill (2021), the Elections Bill (2021-2022), and the reforms of the Electoral Commission, may well be dwindling. 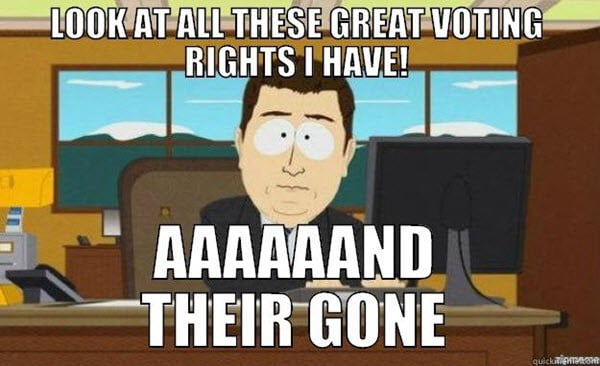 So, I guess what I’m saying is please, please, please use your vote this Thursday. The polling stations are open from 7am to 10pm, and every vote will count. Let’s send that message. Let’s make a stand. Who knows, if the reports of several Tory MPs poised with letter of no-confidence are true, then your vote might even prove to be more than an act of protest. It might be the spark that lights the fire. The start of real and meaningful change.

So, please, this Thursday, vote, and vote for change.

Hey, folks! If you would care to take a look at some of my more creative writing, then the links below will transport you to the magical worlds of two anthologies my short (and in one case, very short) stories have been included in. Feel free to check ’em out!

https://www.amazon.co.uk/Reaperman-Drabbles-3-Legends-Night-ebook/dp/B099NNPTQ1A
Posted by life from a seated perspective at 10:22