I am, as you may know, a blogger of a certain age. An age some may refer to as ‘middle’ (a little limiting, if I’m honest. I mean, I may wish to live to be older than 90). It is an age which is rightly known for carry with it a collection of aches, pains and other such complaints, and today’s blog will feature one such complaint, namely that of the tooth.

It is a horrible pain. A debilitating, ever present, nagging pain which can lead to sleepless nights and stress filled days.

Fortunately, it’s not me that’s been suffering from it.


Root Causes
The patient in question is actually my wonderful wife Tina, who we suspect may have a little more than your common or garden toothache. It is, in fact, suspected that the root (canal) of the issue could be an abscess. A diagnosis based on a short conversation with the NHS 111 line (a free-phone number to provide non-urgent medical advice and help), a next-day consultation with a dentist, and a strange popping sensation followed by a horrible taste. Whatever the cause of the pain, it couldn’t really have come at a worse time. 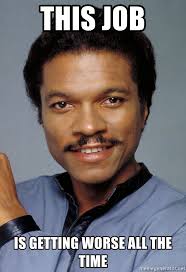 Minor Key
As anyone who's not been holidaying on the second moon of Jupiter for the last few months will know, the world is in the middle of a global pandemic on a scale not seen for about a century. This means that health services, even those as wonderful as our own NHS, are stretched beyond belief and treatment for ailments which might be classified as ‘minor’ have rightly been shunted to the side while more serious, life-threatening issues are dealt with.

I’ll pause here for a second to stress that I’m not trying to minimise anyone’s pain or discomfort. It’s why I put ‘minor’ in inverted commas. Pain is pain, and to the one feeling it, it’s anything but minor.

However, to get back to the gist of our tale, the dentist in question prepared a prescription for some high-strength anti-biotics. This left us with heading into nearby Huddersfield to pick up the script and hopefully find a chemist to fill it. As the dentist's call hadn’t materialised until gone five o’clock and he closed at six, this entailed a scene borrowed from Wacky Races, the help of the sat-nav, and some fairly dubious parking.

With more fortune than skill, the dentist’s was found, the prescription picked up and with the help of an all-night chemist (is it just me that thinks that sounds a little seedy?) we got our hands on the drugs (and again!).

Rules Of The Road
That was the sum total of the treatment. A course of antibiotics prescribed by someone who’d not seen the patient in question and who only had their word for the exact symptoms. No follow-up was booked in. No scheduled phone call to check on the increasingly impatient patient. Nothing.

It’s understandable I guess, and having a sister in the dental industry, who’s been poached to work in the community, I can understand why this might be the new normal. As it’s taken a fair while for the medication to have any kind of noticeable effect, it’s still been a… well, a pain. It’s led to feelings of abandonment, inadequacy, and much frustration. Feelings which have been amplified in the last day or so.

It’s still early days to comment too fully on Dominic Cummings and his precise reason for travelling 250 miles to his parents' home in Durham along with his wife and son while at least one of them was infected with Covid-19, although I think I’m not alone in thinking it does not reflect well. At the end of a difficult week, it can seem that all the discomfort, all the inconvenience, the weeks of seeing no-one and nothing outside of these four walls, was for nothing. It feels like as long as you can find justification; the rules are made to be broken.

Cummings & Goings
I’d go so far as to say the way the government is circling the wagons around Mr Cummings and his goings engenders a distinct feeling of one rule for them, and one rule for us. It’s something I think is potentially dangerous.

It sets a precedent. It leads to thoughts of ‘if him, then why not me’, and potentially it leads to more and more people breaking the rules and putting more and more lives at risk. The numbers might seem to be taking a dip, but the deaths and the cases have not disappeared. Until we find a vaccination, then the balance is delicate. In refusing to sanction Cummings, in calling he acted ‘responsibly’, and in saving one man’s job it is possible the Prime Minister could condemn the lives of others.


Until next time…
Posted by life from a seated perspective at 12:24