I’m going to keep it short and sweet today. Partly because of a complete lack of inspiration, but mainly because I’m currently feeling a little like a cross between a pint of ice cream in a steam room and The Wicked Witch of the West after a nice hot shower.

Yes, that’s right. After a brief showing a few weeks back, the great British summer has arrived once more. This time, apparently, it may stick around right up to the weekend before giving way to some increasingly seasonal rain.

It’s going to mean a small window in which it may be possible to get some much-needed work done.

Digging In
As you can probably guess I’m talking of things horticultural, namely the taming of the weeds which have taken a foothold in the garden. It’s a job which has needed doing for a while and which, to be fair, we have made several starts on. To date, a finish seems to be beyond us. 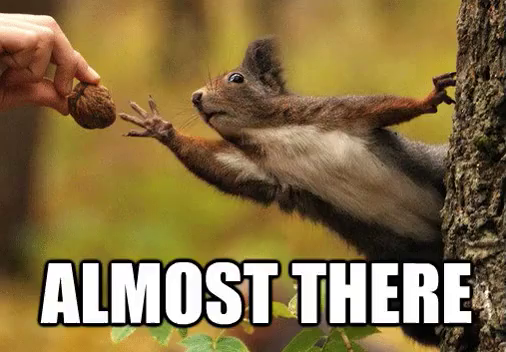 Most of it should be the proverbial breeze. There are a few nettles which have appeared in the raised bed and are merrily strangling the life out of the Apple Mint I planted last year. Given a decent pair of gloves (which we have) those should just be a case of a chop and a yank. The real challenge will be the ‘sticky buds’ and the ‘thorny stuff’ two unwelcome presents from next door for which we seem to have lost the receipts. Both of these invaders have done the same job. They’ve moved in and they’ve taken over, so quickly, and so completely it hardly seem fair to the plants that are there intentionally.

The Heat Is On
Now the weather, in this case, is both a blessing and a curse. A blessing because it’s dry and promises to stay that way, at least for the foreseeable. A curse because I find myself sapped of all energy as the heart climbs ever higher. Having spent a decent portion of this afternoon in the car while my rather lovely wife, Tina tried to track down a 5mm Philips head screwdriver which didn’t have a two foot long handle, the sapping has, as we speak, reached the level I’m no longer sure I’m making any sense (What do you mean? Of course I make sense… Sometimes).

So, although the temptation is to pile outside as soon as tomorrow’s breakfast has been consumed, I think I’ll stick with the ‘little and often’ approach. I think cool showers, cups of tea, and perhaps sticking my head in the fridge might intersperse the gardening activity. I also need to find some time to perform running repairs on my beloved espresso machine (hence the screwdriver) so I may take a break from frustrating myself in a hot garden to frustrate myself with that (we’ll see)

Now, what was I saying about sticking my head in the fridge?

Until next time…
Posted by life from a seated perspective at 10:55