So how are we? I mean that not just as a way of opening this weeks offering, but as an actual, honest to whatever you want to be honest to, question. One you can answer in the comments if you like. How are you? Really?

You see, as I'm sure you're already more than aware, these are crazy days. Days where, if the deadly disease rampaging unchecked and uncheckable through our all too human world doesn't get you, the isolation just might.

It's a world which seems to be spiralling down, fragmenting, as we drift further, and further away from each other. Do we have to though? Well perhaps not. Let's see.

Not Going Out
Staying in is well and truly the new going out, and of course keeping your distance is most definitely the new normal. However, as we isolate, like a nation of particularly dedicated hedgehogs hunkering down for the winter there are things we can do to lessen that distance. 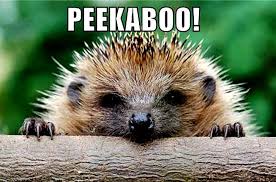 There's this, for instance. No, I don't mean reading this blog (Although thank you for doing so. Please like and share). I mean the good old internet. A way for us all to connect without having to actually see each other. A way to converse without speaking. To laugh without the risk of spreading micro-droplets. A medium which also enables us to ignore people without them ever knowing, but of course that's something I would never do.

Connect More
As a confirmed introvert, I have been using the virtual world of social media, blogs, websites, and forums (Fora? Forii?) for entertainment for a while now. Ever since T'interwebz came into being in fact (Yes, I do predate the internet as a household norm. I'm old. Sue me), but in the last week or so I've seen a difference. I've seen more posts searching for, and finding, interaction. Share parties, opinion polls, discussions, people watching and reacting to various television programs like a more personal and less 'lets laugh at the idiots' version of Gogglebox.

People have taken to using the technology at our fingertips to connect in ever more ingenious ways. Whether that's Joe Wicks, and his attempts to get people exercising, the online choirs and bands being set up, or the virtual pub quizzes, people all over the world are rising to the challenge to entertain both themselves and others. Spreading perhaps just a little joy in these dark days. I think it's admirable, even if the thought of connecting in such a way sometimes makes me want to go away and sit in the corner for a while.

Critics Choice
There's a flip-side of course. There nearly always is. As the pandemic reaches new numbers, and the measures being put in place to stop it doing so come under more and more scrutiny, Facebook and Twitter have erupted with articles, opinion pieces, and blog posts regarding the governments handling of the crisis. These often make good reading, and raise what are, in my mind, some very valid points.

It's possible, you see, to criticise the original strategy put forward by the U.K. government. This, by all reports, was to follow the path of 'herd immunity' and its associated 'acceptable losses. Over time this seems to have come more in line with the accepted scientific consensus of stopping the spread through restricting interaction, but you have to wonder if the delay was necessary, and what the cost of it may be.

Agree To Disagree
It's also possible to criticise the scale and the slowness of the response since then. Yes, new hospitals are being built, and yes PPE (Personal Protection Equipment) is being rolled out to NHS staff, and ventilators apparently sourced from a vacuum cleaner inventor, but, to my mind, all this should have been done by now. Especially as a crisis of this nature had a response formulated years ago. (See here).

Of course that's my personal point of view, and I've also seen responses to such thoughts that boil down to: 'Stop politicising it! We need to stick together! We need to focus on the positive!" Well, yeah, to a degree. It doesn't mean we can't hold those in power to account though. In fact it's arguable we should be doing so more, the higher the stakes get. If you think Boris and co are doing a decent job, that's fine. I reserve the right to disagree.

So, I guess it's a dichotomy in a way. A need to stay together, while respecting our differences. A need to hold power to account, while staying positive, and lifting each other up. We should clap for the NHS, and support our emergency services, binmen, cleaners and the rest of the underpaid and understaffed workers who allow our 'normal' lives to progress with such carefree ease. But we should also ask why they're underpaid and understaffed. We should also ask where that support is in calmer times.

A New Hope
My true hope for a positive from this horror, is that we learn to do so. That by coming together we can learn what's truly important in this world. That we can learn to support those who support us. If we can't. If the people we elect won't, then we need to learn to come together, ask hard questions, and demand answers.

So, there we are. Rant over. So to get back to an earlier theme, how are you? Really?
Posted by life from a seated perspective at 11:56